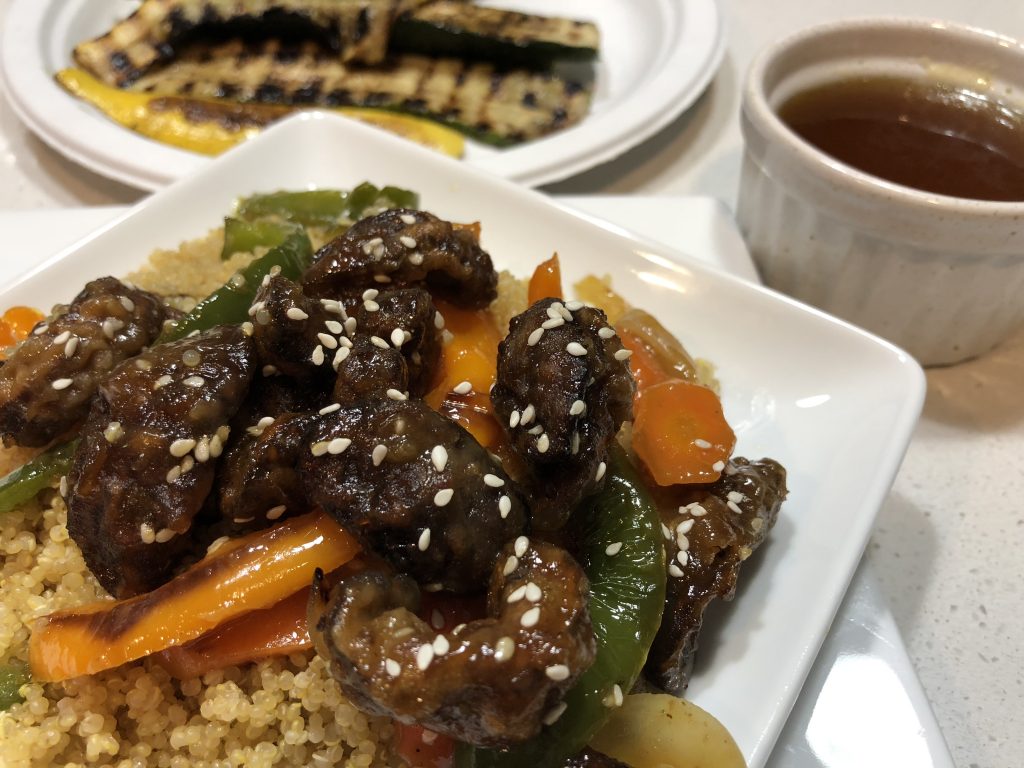 In a bowl, add mushrooms and coat with 1 Tsp grapeseed oil, coconut aminos and sprinkle with sea salt. Stir to coat, cover and place in the refrigerator for 20 minutes to marinate. In a separate bowl add grated ginger, agave, oil, orange juice, scotch bonnet pepper and whisk together. In a small saucepan on medium high heat pour sauce mixture and cook until mixture starts to bubble. Turn heat to low and simmer for 5 minutes. Remove from heat and set aside. Remove mushrooms from the refrigerator and toss in a bowl of white spelt flour until fully coated. Place a large pan with high sides on medium high heat and place mushrooms in pan to fry. Do not overcrowd the pan. Fry for 7 to 10 minutes. Remove mushrooms and place on a paper towel lined dish to drain any excess oil. In a sauce pan on medium heat add 1 Tbsp grapeseed oil, onions and peppers and cook until peppers are to your desired tenderness, stirring occasionally. Add fried mushrooms and pour in as much sauce as you’d like and stir veggies to coat. Remove from pan and serve with rice or quinoa.